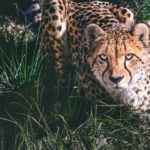 The question that United for Wildlife (UfW) has tackled since 2014 is how to successfully create a network strong enough to disincentivise the traffickers engaged with illegal wildlife crime. It has approached this by encouraging transnational information sharing and facilitating public and private sector collaboration, namely through the transport and finance industries, law enforcement, and NGOs.

Eight years on, UfW has brought together over 250 enforcement agencies, transport companies, financial institutions, and other corporations in the shared commitment to combat the illegal wildlife trade (IWT). Its Transport and Financial Taskforces have made important contributions to over 450 law enforcement cases, over 250 arrests, and almost 200 seizures of wildlife products including elephant ivory, rhino horn, and pangolin scales.

While anecdotal evidence suggests the initiative’s influence appears to be growing year on year, The Royal Foundation recently commissioned the Oxford Martin Programme on Wildlife Trade (OMP-WT) at the University of Oxford to conduct an independent evaluation of UfW’s impact to date, particularly via its engagement with the private sector through its Financial and Transport Taskforces. The extensive study included in-depth interviews with IWT experts and an online survey of UfW stakeholders. This is an executive summary of the report’s findings. 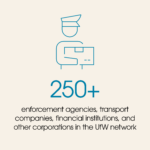 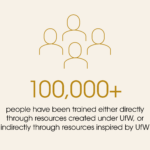 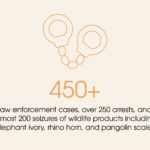 The report found that UfW’s work has had a positive impact on how the private sector understands and responds to the IWT, with its impact comprised of three interlinking elements.

First, by acting as a convening force that brings cross-sector organisations together, UfW has encouraged conversations, promoted the development of training and resources, and supported information sharing.

Consequently, it has brought private sector attention and resources to bear on the issue both catalysing action within companies and encouraging new collaborations between companies and/or across sectors. This has prompted public-facing and inter-organisational campaigns, and influenced new policies at the company, sectoral, national, and international levels.

The extent of this activity is beginning to generate systemic change and is having a demonstrable impact on tackling the IWT on the ground through seizing products and arresting criminals facilitating or influencing the trade.

A Convenor and Catalyser

The report highlighted that UfW’s role as a convenor and catalyser of conversations is seen as hugely valuable and that collaborations between organisations and sectors would not have happened were it not for UfW. Further, those who chose not to ‘come to the table’ before, are now keen to do so because UfW has shown them the value of their participation and provided a desirable space within which to engage.

Over half of respondents (56%) stated that through involvement with UfW, their company or organisation had established new partnerships with entities they had not worked with previously. In addition, around three-quarters (77%) stated that they have communicated directly with other Taskforce members or partners on IWT issues.

A good example of this cross-sectoral convening power is UfW’s work to kickstart Project SEEKER, a collaborative project that involves Microsoft, the UK Border Force, and Heathrow Airport developing a new technological solution for improving detection of IWT products at airports.

In addition to its convening and training role, UfW improves awareness by sharing relevant information to its network. 74% of those questioned for the report felt their individual awareness has increased since collaborating with UfW. United for Wildlife’s Information Sharing System (ISS) is increasing companies’ exposure to information about IWT and improving their ability to identify and respond to suspicious activities. The aim of the ISS is to convert awareness into concrete actions, which can be measured in terms of seizures and numbers of criminal investigations. 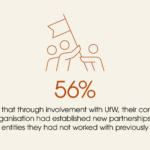 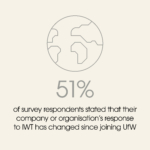 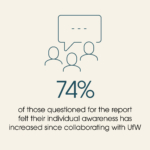 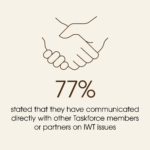 The report detailed how UfW’s activity has resulted in the significant scaling of private sector efforts to become better aware of IWT and mount more effective responses. For many companies, signing the Buckingham Palace or Mansion House Declaration was an important first step in generating internal recognition of their place in combatting IWT and subsequently rallying their organisation’s efforts.

There are multiple examples across the transport and financial services industries of companies launching awareness-raising campaigns following their membership to UfW. One of the most visual examples of this was the high-profile campaign by Emirates Airlines which involved painting five A380 jets with animals closely associated with IWT and running stories dedicated to the IWT in its in-flight magazines.

UfW is also influencing activity at an industry association level. For example, when the International Air Transport Association (IATA), the trade body for the world’s airlines, signed the Buckingham Palace declaration, it created its own Wildlife Taskforce. Since then, nearly 70 airlines have now signed the declaration.

The Taskforces, networks, and high-level prioritisation of IWT created by UfW have together fostered an enabling environment where global stakeholders feel they can take action to address IWT. UfW has essentially lowered the perceived barrier of entry for important, often overlooked, stakeholders to engage on this issue. Half (51%) of survey respondents stated that their company or organisation’s response to IWT has changed since joining UfW.

This is exemplified by SAMLIT’s actions, a public-private partnership between the banking sector and South African regulatory agencies that works to prevent, detect, and disrupt financial crime in South Africa. SAMLIT has the power to conduct or contribute to investigations in ongoing criminal cases but did not focus on IWT until 2020 when Investec, a SAMLIT member and a signatory of the UfW Mansion House Declaration, proposed it changed its stance. In response, SAMLIT developed an expert group specific to IWT putting the issue on a par with its only other two expert groups, which address terrorism financing and human trafficking.

Overall, the OMP-WT report highlighted major successes of UfW in galvanising international cooperation on IWT and raising the profile of the issue among stakeholders. The policies and practices of private sector companies and law enforcement agencies to fight IWT are continuing to strengthen thanks to UfW, demonstrating the power of an “independent, respected, and trusted institution” to bring different sectors and organisations together in pursuit of a common goal.

The Oxford Martin Programme on Wildlife Trade (OMP-WT) at the University of Oxford was commissioned to conduct an independent evaluation of The Royal Foundation’s United for Wildlife programme. The study comprised 24 in depth interviews with UFW stakeholders, which were conducted online and via telephone. In addition, an online survey was sent to 140 individuals from UFW’s membership to ask about their knowledge, attitudes and practices in relation to the programme. In total, 72 respondents completed the survey which represents a response rate of 51%. All fieldwork was carried out between 11th May 2022 and 10th June 2022. 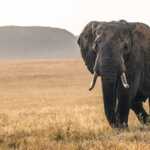 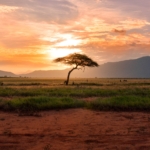